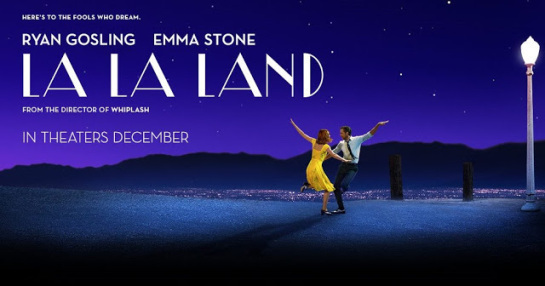 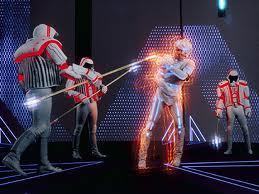 We meet Kevin Flynn (played by Jeff Bridges) who is trying to hack into his old place of work, the software company ENCOM. Ed Dillinger (played by David Warner) previously stole Flynn’s video-game designs and, passing them off as his own, scaled many rungs on the corporate ladder, becoming the company’s senior executive. While Flynn is searching the mainframe for evidence of Ed’s wrong doing, he is consistently blocked by the extremely oppressive authoritarian Master Control Program (MCP) that controls the mainframe.

ENCOM employees Alan Bradley (played by Bruce Boxleitner) and Lora Baines (played by Cindy Morgan) inform Flynn that Dillinger knows what he is up to and has thus tightened security clearances. Flynn manages to get his friends on board his mission and they all break into ENCOM so that he can get them into the system and place Brad’s security program “Tron” within it: a program which would monitor communications between the MCP and the outside work. Once inside the ENCOM lab however, the MCP takes control of a matter-digitising laser which is aimed at Flynn’s back where digital wackiness ensues..........................

Tron was groundbreaking back in the 1980’s. The special effects incorporated classic animation, computer animation and live action elements using back-lighting techniques. It was extremely brave of Disney to take this project on as it was cutting edge: nobody had seen anything like this before and it was a risk. Similar to 2008’s Speed Racer, it was a hard film to define: was it live action or a cartoon? Even the Academy Awards snubbed the film for its special effects as they believe the production team “cheated” by using computers, of course now-a-days such CG use is the norm as it is relatively cheaper and safer.

Tron has excellent action sequences that are well paced and brilliantly realised: the light- cycles races and disk-battles are always coupled with a sense of urgency and danger, while all the while looking really cool with speed and glowing-ghosting of images leaving their trace across the screen.

The story of being sucked into a computer and playing along with the programs was a popular theme in the 80’s. The Star Wars two player arcade video game had a pilot and a shooter guiding its X-Wing through the Death Star with 3d vector graphics throwing themselves across the screen. It is with this influence amongst early video gaming verging on 3D that lead to the theme of playing inside the machine. The Last Star Fighter had its hero being lost in the story of his local arcade machine, an escape from his trailer park life. Unbeknownst to him, the arcade machine was actually a recruitment program which selects him to battle amongst the stars in his own space-ship.

At the time, video / arcade machines were a social venture, allowing players and viewers to be transported to a fantastical land. With the introduction of home consoles and desk-top computers, video-gaming became much more introverted whereas now, gaming can be done with a wealth of strangers online, albeit on your couch. Games however have now become so realistic, that the fantasy element has suffered. Instead of exploring other worlds with sci-fi technology, we are privy to stealing cars and participating in wars. It is interesting to note that early video-game movies which have placed their characters in the real world (Super Mario Brothers, The Wizard) suffered as a result, and that movies based on ‘realistic’ video-games underperform (Silent Hill, Alone in the Dark).

Tron shares a few religious philosophical themes usually reserved for a Manga film, particularly the religious belief in ‘users’: programmers responsible for their programs within the computer, god-like beings that, when descended into the Tron world, yield supernatural abilities.

The idea that programmers imprint their souls onto every piece of code that they write can be likened to any work that anyone does – a piece of us, our attention, our expertise and / or love is dedicated to every piece of work that we do, be it technical, artistic or caring for another. Tron represents this idea through using the actors playing the programmers to double-up and play their counterpart programs. This simple expression of this idea is executed perfectly, with soul imprints reacting to each other as they would in the ‘real’ world. This is a refreshing visual interpretation of the idea of what it means to be human compared to the verbose Ghost in the Shell. Kevin Flynn’s Clu program acts in the way I would have expected a ‘program’ to act – specific and robotic. However, ghosting of souls from programmers lead to a natural evolution of complexity to the programs having feelings and relationships, evolving beyond their ‘written’ purpose/destiny.

Disney excels at anthropomorphic characters, what with first giving a mouse a voice, then a dog, a duck and so on (heck, come to think of it they even did cars and furniture). Over time their characters started to look similar to their real-life counterparts, making their plight even more emotionally involving as we felt for them. Tron does keep this tradition going but with almost clairvoyant predictive clarity: in an era when computers where cold, beige pieces of furniture, Tron made us feel for programs: things designed to assist us, the real. Tron developed a social class but put a face to it as well, before Macintosh made computers a piece of high design, where people felt for tamagochi  pets and where computers emitted sounds of delight or disappointment with our actions.

Of course now we can design our computers and convergent devices to our tastes, leading to an emotional connection with them. Will Smith’s character asks a robot designer “why do you make them look like humans” in I, Robot. Why indeed. Where children were flushing their newly acquired clown fish down the toilets to free them and keeping all of their old toys from the rubbish, should we really be thinking twice before deleting a program or Word document? Oh..that’s right: Windows does ask you if you REALLY want to carry through with that action, along with an emotional beep.

That being said, the plot and themes of Tron are tied in with programming theory and language. For a general audience member, let alone a child watching the film in the 1980’s where the internet didn’t exist and computers were more common taking up half a room in an office building, this may have been a bit daunting. In the computer tech-savvy millennium however, audiences should be able to follow this easily.

Obviously all of these themes and visual cues (especially comparing live circuit boards to a living city) were executed in the brilliant Matrix trilogy (which picked to death similar themed Manga films, of note Ghost in the Shell), encompassing many eastern themes and marrying them up perfectly with a wealth of psychology, philosophy, religion as represented through complex computer programming. Tron did it first, perhaps too soon for a general audience and therefore alienating itself. However the audience did select this movie through time and that is why it is now a cult classic.

Fun fast and flashy, this user gives Tron 4.5 disks out of 5