Join Luke McWilliams and Liam Jennings as they review:

New to DVD The Special Relationship; and 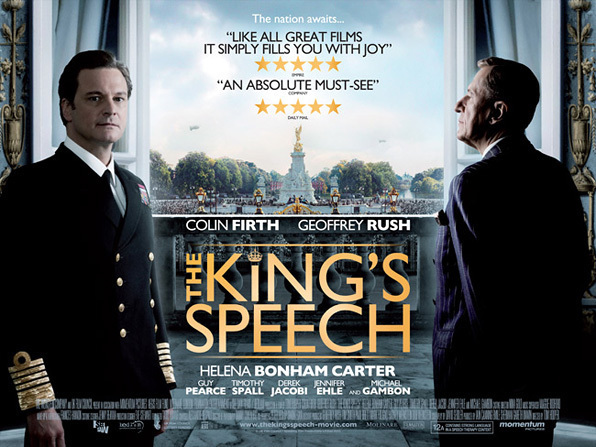 Join Luke McWilliams and Liam Jennings as they review Tron and Tron Legacy and also discuss their top 5 movies to see this year! 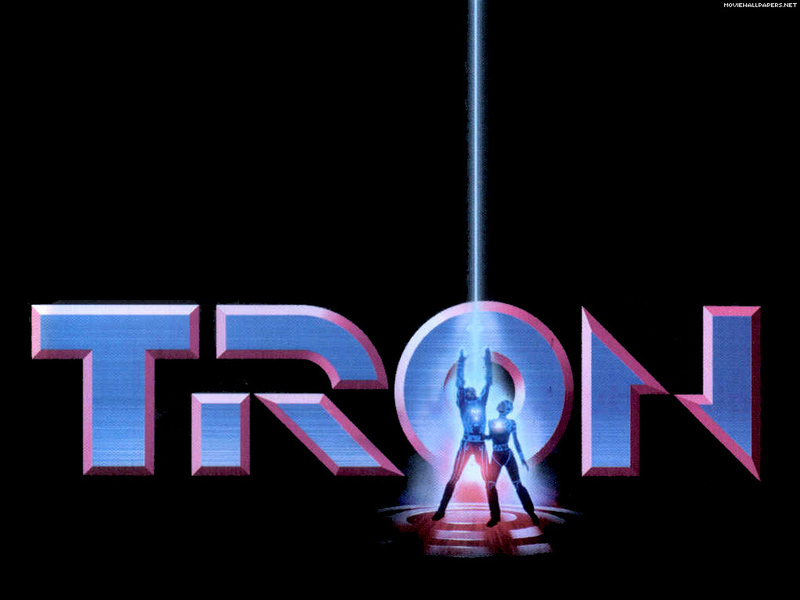 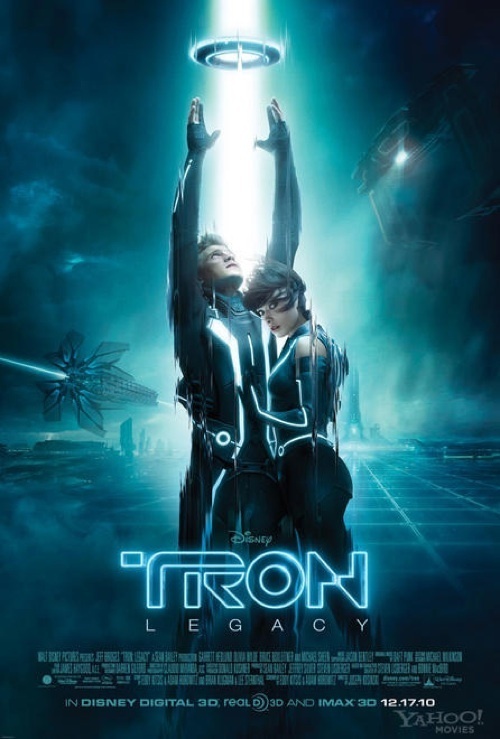 Wild Target is a comedy based on the 1993 French film Cible Emouvante.

We are introduced to Victor Maynard (played by the usually brilliant Bill Nighy) who is a slightly older then middle-aged solitary assassin. Victor is extremely close to his retired killer mother who broaches upon the subject of legacy: if Victor does not continue the family line, who will inherit the family business? Soon he is given an assignment to dispatch the young and beautiful Rose (played by Emily Blunt). Unexpectedly sparing her life, Victor is soon on the run from his employer (played by the excellent Rupert Everett, a rival assassin (The Office's and soon to be Hobbit Martin Freeman ) and his mother as he is suddenly thrust into the role of protector of his would be crush / victim and a tag-along soon-to-be apprentice (played by Rupert Grint). Needless to say, stiff-upper-lip wackiness ensues.

Movie trailers are made by companies that specialise in producing movie trailers. They are sent all cuts of footage and are free to use them in any way that they see fit. Usually, this is done even before a final edit is done on the movie, where sometimes footage seen in the trailer actually doesn’t make it in the film (Gwyneth Paltrow gave Iron Man’s mask a kiss before throwing it out of a plane, and The Transporter batted a missile away using a silver drinks tray, both unfortunately didn’t make the final cut!).

Movie trailer music is also a specialised industry. Music heard in the trailers are rarely part of the movie’s soundtrack, and this is why the same operatic theme used for the King-Kong trailer and The Fantastic Four were the same, and neither movie had it in their soundtrack. Basically, there is a lot of room to move to make a trailer extremely exciting and a limitless media to showcase your product to a wider audience.  With all this at hand, the trailer for Wild Target looked like an early 90’s trailer that you would fast-forward through on your VHS player and not look back. Unfortunately, this is just a taste of what was to come............

The movie starts off well as we are led to believe that the movie will be a strong, dark comedy, what with Bill Nighy’s character trying his best to dispatch Rose through a silent, stealthy deadly chase through a London street. Soon however, the usual romantic plot mechanisms kick into gear and this deliciously dark comedy turns into an awkward, flaccid experience.

It is quite uncomfortable watching Bill Nighey as the relatively extremely young Emily Blunt uses her feminine wiles on him. It is even more irksome when she suggests to him that his parental instincts directed at young Tony may be sexual. This is at least a clever sub-plot exploring Victor’s middle-age complex, but is dropped so quickly one has to wonder why it was introduced in the first place.

Even if one was to suspend their disbelief over the romantic coupling of Victor and Rose due to the age difference, it is hard to believe the character change in Rose: she starts off as a selfish, irritating Lolita type- bratty child, and then suddenly becomes a dow-eyed romantic. The abrupt clash of characterisation could be accepted as the onslaught of ‘true-love’, but to me it seemed forced and totally unconvincing.

It is good to see Martin Freeman in a different sort of role, Rupert Everet is always a pleasure and Rupert Grint is enjoyable. However, the sum-of-its parts is not enough to raise this above a pleasant, but missed opportunity of something more. Needless to say, the trailer to this movie was truly horrible, but unfortunately it had all the best parts in it.

Check out what Rotten Tomatoes has to say, and see the trailer (which is actually different to the one screened in cinemas)! 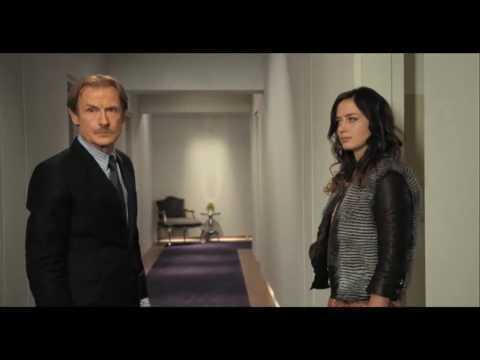 Legion is a 2010 apocalyptic supernatural thriller currently available on DVD.

We quickly see Archangel Michael ( played by A-Class actor Paul Bettany) after he has fallen from heaven and landed in LA (the City of Angels), where he quickly cuts off his wings, raids a gun shop, has an altercation with possessed police officers and steals one of their cars, as you do (no – this isn’t The Hangover).

Flash to a roadside diner in the middle of the desert, we are introduced to zombie / angel fodder including the diner’s owner, Bob Hanson ( played by Dennis Quaid), his son Jeep ( played by American Gothic’s Lucas Black), a short-order cook, single father Kyle (played by Tyrese Gibson); an urban married couple and their daughter and a pregnant waitress, Charlie.

Soon creepy beings start descending onto the Diner, with only the arrival of Michael bringing any sense of hope and a message: God has lost faith in mankind and has sent down his angels to destroy the human race. However, going against His orders, Michael is attempting to save Charlies’ unborn baby as it is prophesied that it is the saviour of mankind. Soon the apocalypse comes to the diner, where its residents, Michael and a whole lot of guns experience wackiness in biblical proportions.

This is unashamedly a B themed movie done with A list trimmings. The acting is surprisingly strong, from Dennis Quaid to Paul Bettany. Surprisingly, a lot of film time is given to the characters, setting them up as more than 1 dimensional (this has been seen as a negative however by some critics, taking away time for holy-war exploits). Like Kevin Bacon in Tremors, it is amazing and fun to see A-lister Paul Bettany in all of this B-movie shenanigans. Paul has had a go at playing quite a few religious and intellectual characters in such films as Master and Commander: The Far Side of the World, Creation and his turn as an albino monk assassin in The Da Vinci Code. Paul has striking, classic features and a quiet, calming accent that evokes ease and intellect. In Legion, he pulls all of these characteristics together to create Michael, a calming, well-bible-researched archangel who is quite good at hand-to-hand combat and gun use!

The story is similar to a wealth of others before it involving Angels that are jealous of the relationship God has with his creations; God gave humans the choice to follow him or not, whereas Angels were created specifically to serve God,  without any of the means to enjoy themselves or to have full lives as seen in Dogma, Wings of Desire it’s remake City of Angels and the creepily cool Prophecy trilogy.

Legion takes the themes from the Prophecy trilogy and The Terminator franchise further by showing the actual apocalypse take place, albeit in a budget sensible location; a desert. We are set-up for a zombie movie which has cool shoot-outs, creepy villains and bullet-proof angel wings. The special effects are strong, and we see plenty of creatures that will give you a fright (the old woman scene is priceless). Watch the DVD extras to see how they made the grass-hopper like ice-cream man effect out of Hellboy’s physical actor Doug Jones.

This movie does not pretend to be anything more than it is: a B movie. Like Scott Pilgrim Vs the World however it is given dedicated actors and amazing special effects. It feels like it is lucky to have been made to such a specific audience at such a high quality. If you like this type of thing, and let’s face it, if you like the poster with an Angel with a knife and a gun, you know what you are in for - Legion does deliver in bucket-loads! I give this B movie themed, A class actors and special effects movie 4 out of 5 angel wings.

Check out what Margaret and David have to say, and watch the trailer! 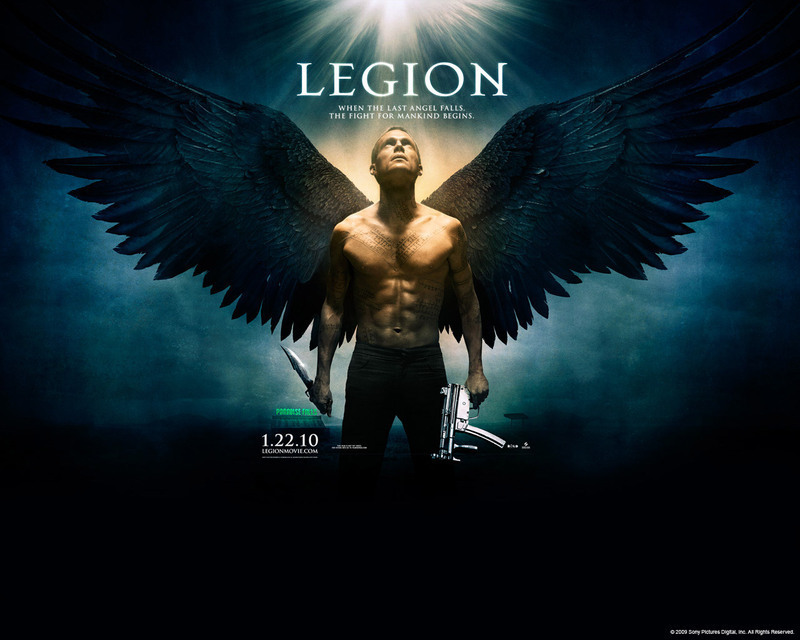 Fair Game is not a remake of the action-romp starring Adam Baldwin and Cindy Crawford, but is actually a 2010 thriller directed by The Bourne Identity’s Doug Liman and is based on Valerie Plame's memoir, Fair Game: My Life as a Spy, My Betrayal by the White House.

We follow Valerie Plame Wilson (played by Naomi Watts) during her time as a covert CIA officer at the start of the war in Iraq. During the investigation to whether or not Saddam Hussein does indeed have weapons of mass destruction, Mrs Wilson’s husband, former Ambassador Joseph C. Wilson (played by Sean Penn), is sent to Niger, Africa, where he finds no such evidence.

In retribution to Mr Wilson’s published findings, What I Didn’t Find in Africa, a member of the Bush administration reveals Mrs. Wilson's covert status, and wackiness ensues………………

Doug Liman is best known for the original The Bourne Identity and Mr and Mrs Smith (should we blame him for Brangelina? Yes, yes we should). As Director of the Canberra International Film Festival Mr Simon Weaving pointed out at the Australian premiere of the movie, the film is a real life retelling of Mr and Mrs Smith; spies and political intrigue under the same roof.

The movie does not start with a clear focus however. We are presented with the origins of the War in Iraq, and the question of whether or not a substance called yellow cake is being shipped from Niger, Africa, for the purposes of Saddam Hussein to build weapons of mass destruction, and the spinning from the Bush administration to demonstrate that even if there is a small risk of such weapons manufacture occurring, that it is still a significant one. We are shown the responsibilities that CIA covert agent Valerie has, and the real dangers her contacts in the field face working with her. This of course all becomes threatened once her cover is blown, and an ethical debate arises between her and her husband. The movie takes a long time getting to its purpose, and, once it gears up, it is suddenly over.

Political thrillers can be done in an entertaining way, and in a way that is understood by the audience. Brilliance is simplicity, and it seems that this story is presented too convoluted and takes too long to get to its purpose: a man and his wife at odds over very big themes with tremendous consequences. Tom Clancy’s Jack Ryan thrillers are well researched and intriguing, even the The Bourne Identity’s was a clearer, more accessible movie.

Even more distracting is the camerawork. Where Paul Greengrass made his Bourne sequels into shaky-cam territory, Doug Liman takes it here, into the world of conferences, phone calls and coffees. Shaky-cam is great to give a first person documentary feel inside a world of action, however, when it is used to artificially liven up a scene a la Michael Bay, it is distracting at best and nauseating and irritating at worst.

Like last year’s The Men Who Stare at Goats, this deserved a better telling. A fantastic story that could have been delivered clearer, both in plot and cinematography.

2 Out of 5 board-room meetings.

Check out what Margaret and David have to say, watch their interview with Director Doug Liman and the trailer! 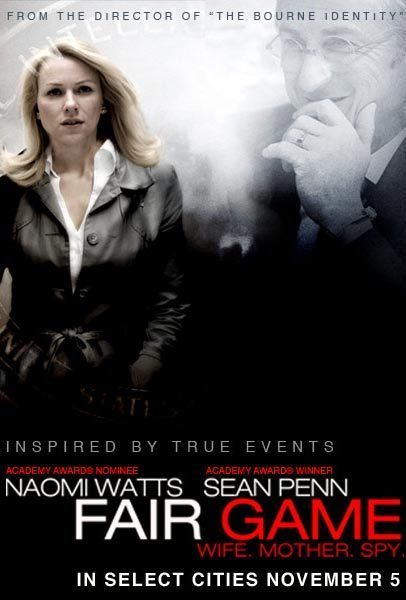 Join Luke McWilliams, Liam Jennings and Felix Barbalet as they review Megamind, Teenage Paparazzi and Gomorrah and have a look at their favourite films of 2010 and upcoming films in the Christmas holidays!